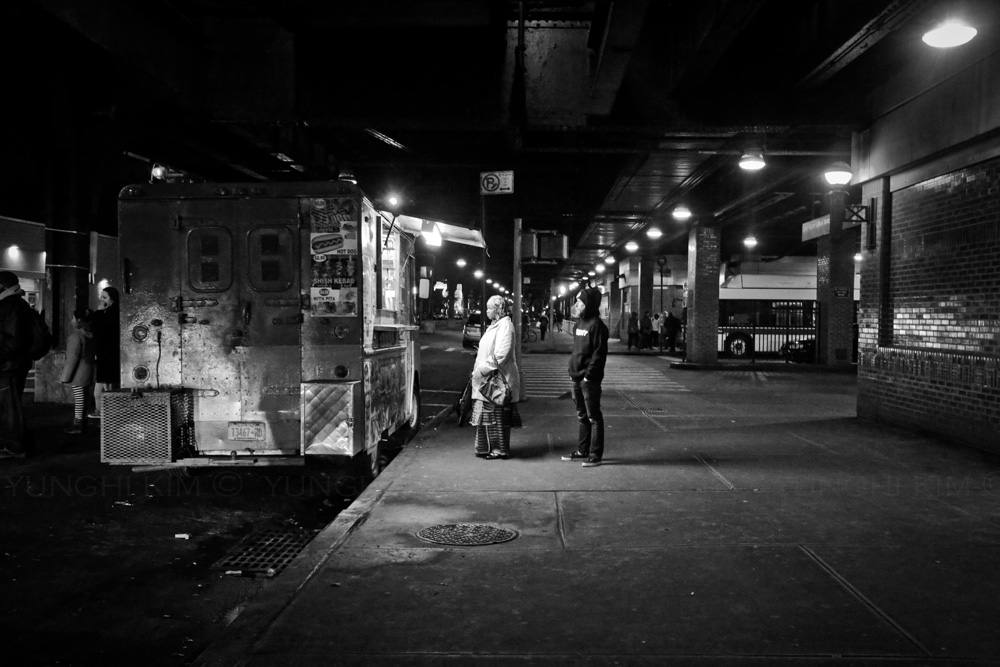 After the bustle of summer fades from the iconic beach playground, Coney Island natives reclaim their neighborhood in the solitude of the winter chill. The working-class Brooklyn enclave, whose population is half foreign-born and has a median household income below the city average, teems with its timeless energy. They carry on through the ebbs and flows of the seasons like the tides.

At Steeplechase Pier, where local men fish, an informal fishing club has formed. Everyone knows one another and all seem to mysteriously know when the schools of fish pass by the pier.

At the Coney Island Gospel Assembly Church a free Thanksgiving meal is served. At the bus stop on Mermaid Avenue, people rush to board packed buses for the ride home. A mural stands at the Carey Gardens Housing development as a memorial to those killed by violence in the nearby NYC housing projects and the boardwalk.

The seagulls rule the boardwalk unchallenged in the winter.